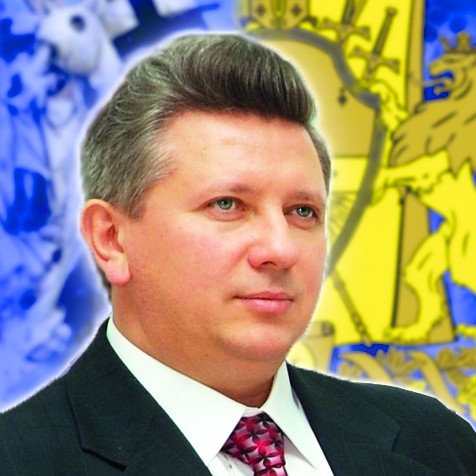 “Academician Mianiye M. Yu and Center “Development of the Personality” have been repeatedly recognized as the best in their respective nominations, including international awards, have been presented in various biographical collected books of leaders, elite of Ukraine and Russia. Our long-standing personal acquaintance and business cooperation also support excellent personal qualities of the candidate, his employees and other representatives, and their impeccable business reputation.

We also believe that the issues, which are studied and implemented by Acad. Mianiye M. Yu. and organizations of the System to promote universal human values and higher spiritual principles and ideals in all major life spheres of the society, will be the most topical for science, education, politics, and society as a whole in the coming years. There is no alternative to this candidate according to the approach and scale of already solved problems.”

Director General of the Assembly of Business Circles,

“We are pleased to cooperate with the Man of Worth with an impeccable business reputation. We also believe that theories, programs, and projects developed and implemented by Academician Mianiye M. Yu. are unique, viable and pressing for all Mankind. He is the author of many scientific papers, monographs in the field of philosophy, psychology, human and social development. Programs that are unique in its completeness and integrity are realized in the Center “Development of the Personality” for 15 years.”

“Training programs offered by Academician Mianiye M. Yu. are aimed at the formation of Personality and Leader, at the formation of teams and high-level relationship, at the formation of lifestyle of Worthy Persons. Connection of these programs to existing education system, to business structures and any other teams is capable to greatly strengthen each employee, team as a whole, and to improve work efficiency as the final result.

Based on our expert examinations and multiple rating researches, we confirm the uniqueness of theories, education programs and socio-political projects developed by the Author, a very high level of public recognition and practical results obtained.”

“In our view, the scientific school of Acad. Mianiye M. Yu. is one of the most powerful and advanced schools. Academician Mianiye M. Yu. is the author of numerous scientific books and monographs, which describe such complex and non-traditional concepts for modern science as Energy, God, Soul, Human Consciousness, etc. in purely scientific language.

In our opinion, Acad. Mianiye M. Yu. is one of the most distinguished scholars in his field of activity. Research studies conducted by his System deserve the highest support and encouragement.”

“Authorial training programs of Acad. Mianiye M. Yu. have successfully passed the accreditation in the IUFS (International University of Fundamental Studies) and are fully complied with international standards in the opinion of the International Higher Academic Council. These programs allow almost anyone to unlock all the strongest and most remarkable personal qualities (responsibility, discipline, sense of purpose, sincerity, and so on). Results of students trained according to programs of the System are very significant. Clarity of the articulation of a thought, oratory skills, and unique creativity (the capacity to talk about the most complex and highest concepts, such as God, Faith, Honor, Merit and others, in the form of creativity) admire.

I believe that such activities and such programs should receive full support, because they allow us to make this world better and cleaner. They allow each person to develop his/her spiritual world and to form himself/herself as the personality.”

“Advantages of Mianiye M. Yu. are his steady aspiration to scientifically substantiate the concept of spirituality in order to create such ideal, to which every person shall aspire. His projects are definitely large-scale. I was surprised at their university and globality, courage and clarity of target goals, as well as devotion to the chosen way. System revives and awakens all that is the best in the Person: honor, merit, duty, the pursuit of happiness and perfection. These qualities can help humanity to break through spiritual impasse up to a fundamentally new level of development.”

“Mikhail Mianiye systematizes knowledge accumulated, tries to find and practically apply the most effective methods of human development in his scientific works. Proposed methods of the self-realization are aimed at the achievement by the Person of maximum freedoms, such as spiritual, physical, financial, relationship freedom, and time freedom. Academician Mianiye M. Yu. and all members of non-governmental organizations founded by him, build their life and activities in accordance with the Highest Moral Ideals. Their goal is to realize all the best and worthy in deed and not in name.”

President of the Academic Center of Ecology and Life Safety,